Friendship bracelets are one of those accessories that have stayed popular through time and around the world. There’s a good chance you’ve made at least one before, so this is either a how-to or a refresher.

To make a typical bracelet you’ll want at least 6 strands (the one shown used 12) that are at least 30 inches long, based on using embroidery floss. The wider your bracelet the longer each strand should be, and different kinds of thread/yarn will affect your yardage needs.

I remember from my drama filled late elementary/junior high days that there were two very different ways to handle the closure. One camp insisted on a loop at the top that the braided tail looped through to tie. The other believed in a braid at both ends that were tied together. The two camps were not friends and (obviously) did not exchange friendship bracelets.

Friendship bracelets are really made up of lots of half hitch knots. To properly form the chevron you need to divide the strands in half, and make sure the color pattern is symmetrical. An other color arrangement will result in a different pattern. 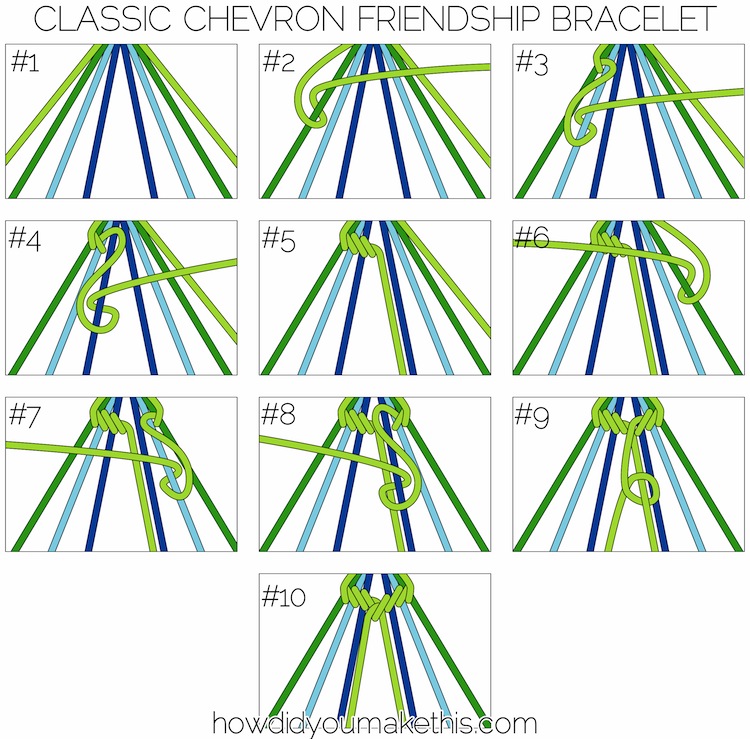