This swatch is knitted in #10 crochet cotton, in the color red, on steel knitting needles.

2 and all even rows) purl

sl1 = slip one stitch (I did it knitwise in this sample)

k2 tog = knit two stitches together as one

I’ve broken row 15 onto 3 lines because the before and after repeat sections are so long. Once you are knitting the pattern, you’ll realize that each end is ‘half’ of the tip of the diamond that needs the sl1, k2 tog, psso, through the rest of the row.

Wrap the yarn around the needle to make one stitch.

Put the needle in the next stitch like you’re going to knit it, but then just slide it over.

This is it on the next needle.

Put the needle in two stitches as if they were one stitch, and knit them together.

This is the two stitches knitted together.

Put the tip of the needle into the slipped stitch and pull it over the end. 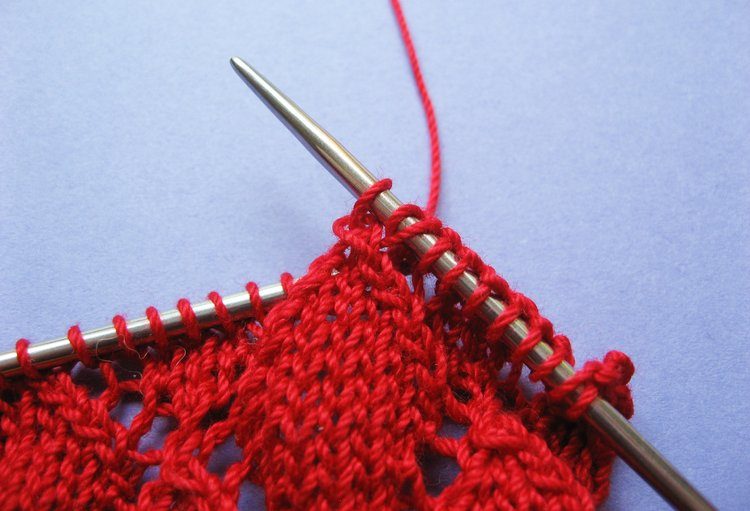 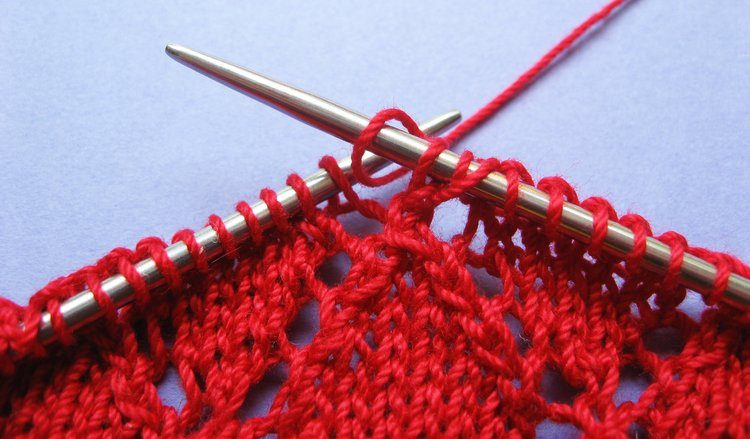 Wrap the yarn over the needle to make one more stitch.

Put the needle in the stitch as if you’re going to knit it. 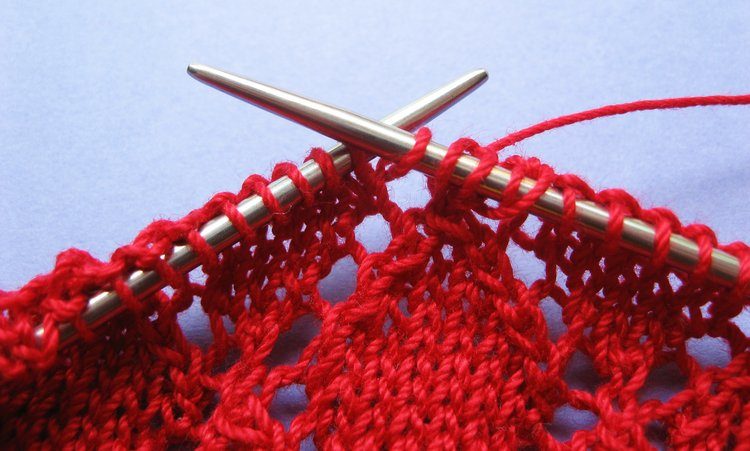 Slide it over without knitting it. 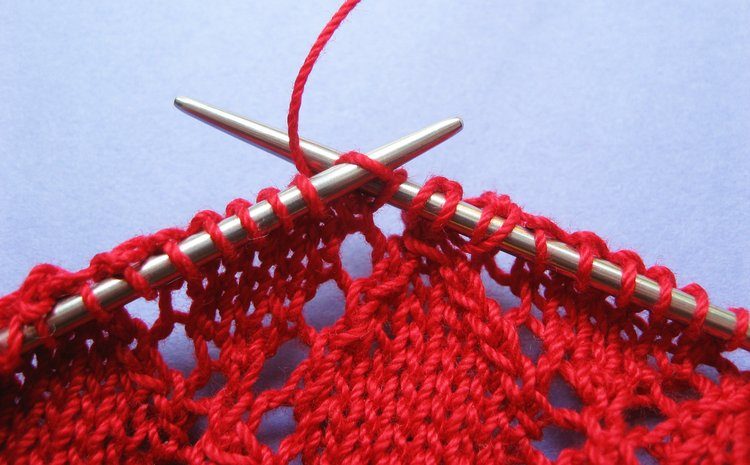 Knit the next stitch normally. 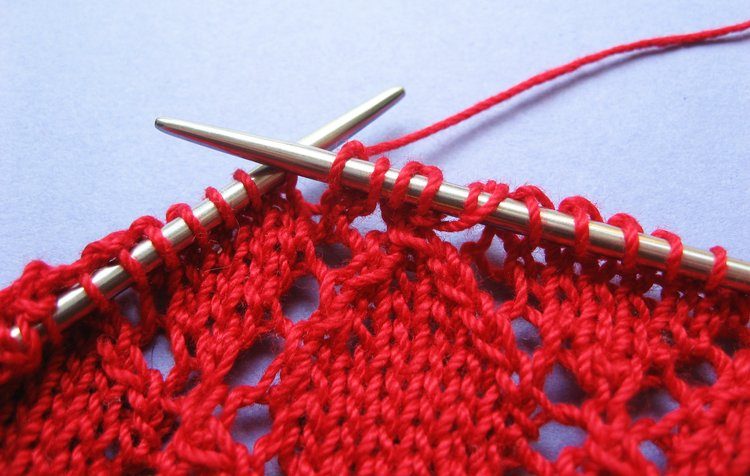 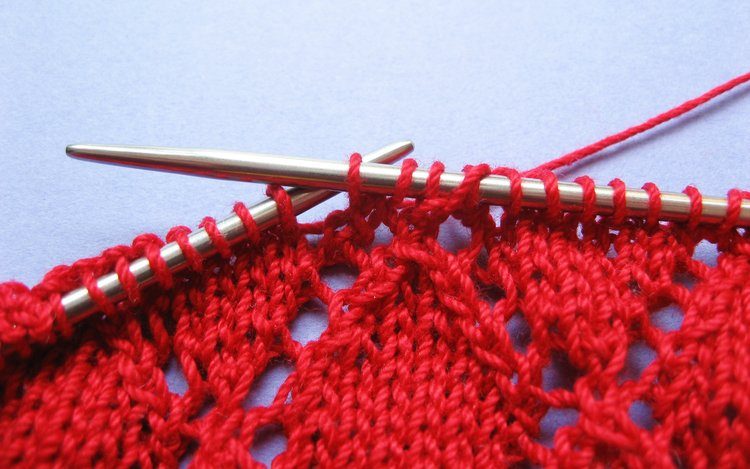 Slip the needle into two stitches as if it were one, and knit the 2 stitches together.

This is a great pattern for lightweight summer knits, or for winter knits made from yarns that are too warm to wear most of the time!