Moss Rib stitch is a chic, sophisticated knitting stitch that’s incredibly simple to work and memorize. Since it’s made only with knit and purl stitches, it would be a good one to tackle if you’re just starting on pattern stitches, or a nice choice for a project that you want to work quickly without having to think too hard. It’s not especially stretchy (like a 1×1 rib would be) but it lays relatively flat and smooth.

This swatch is knit with Sugar ‘n Cream yarn in Bright Navy, with US #7 bamboo knitting needles.

repeat what’s between the * * 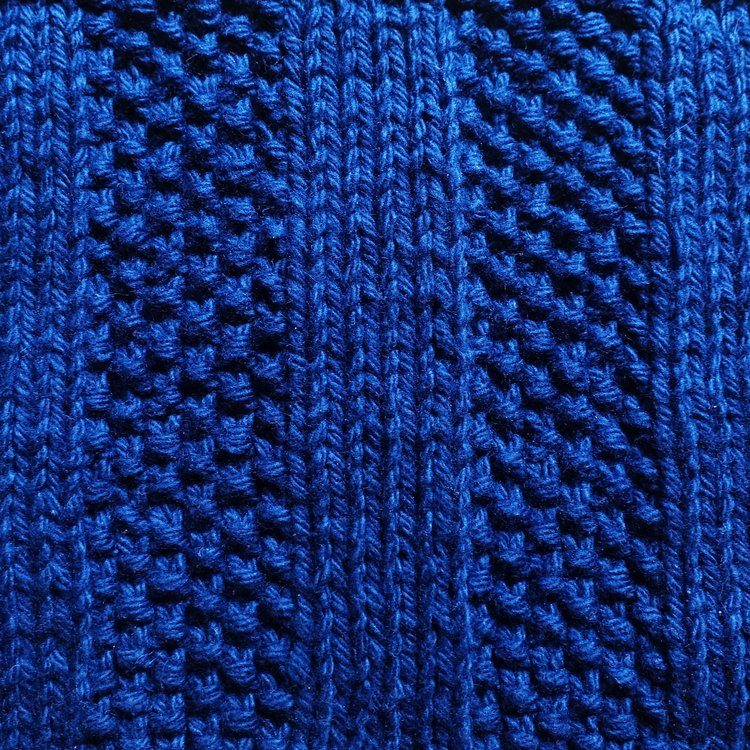