This clean, simple crystal necklace is made from a few pieces of stone on wire that’s wrapped around itself for security. It’s an beautiful accessory for a wide range of looks. 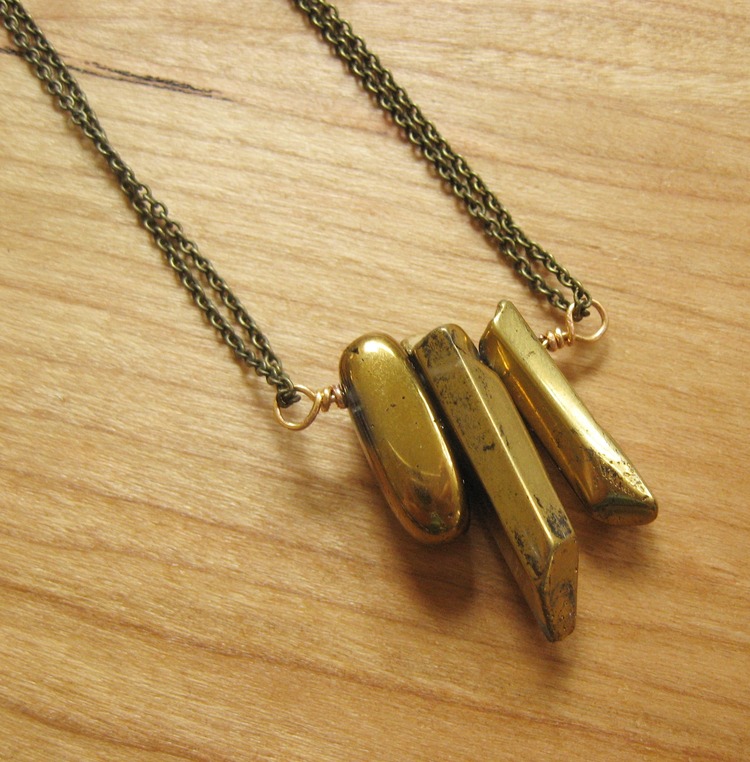 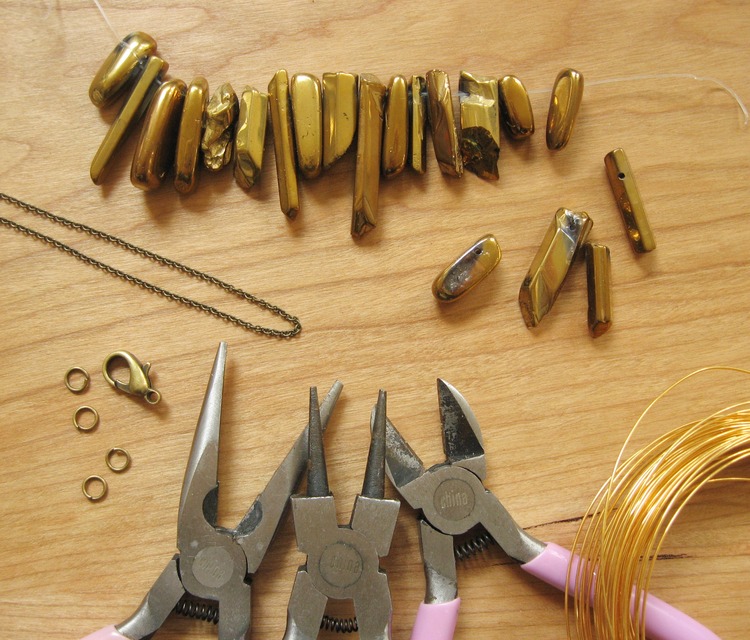 – drilled crystal beads (quartz crystal is the most common, I suspect these are actually glass under that pretty gold finish)
– beading wire – 14 gauge show here, best practice is to use about the largest wire that fits through your beads
– jewelry chain
– jump rings
– jewelry clasp
– needle nose pliers
– round nose pliers
– wire cutters

Choose some crystals (I went with 3) and slide them onto the wire. I had a lot of sizes and shapes of crystal so I spent some time playing around with different groupings until I chose this one.

Use the round nose pliers to make a hook at the end of the wire that’s about 1 inch/2.5 cm from the end.

Wrap it around the plier and then around itself as shown. My wire was light enough that I could start it with my fingers, but you may need to use the needle nose pliers for this step. 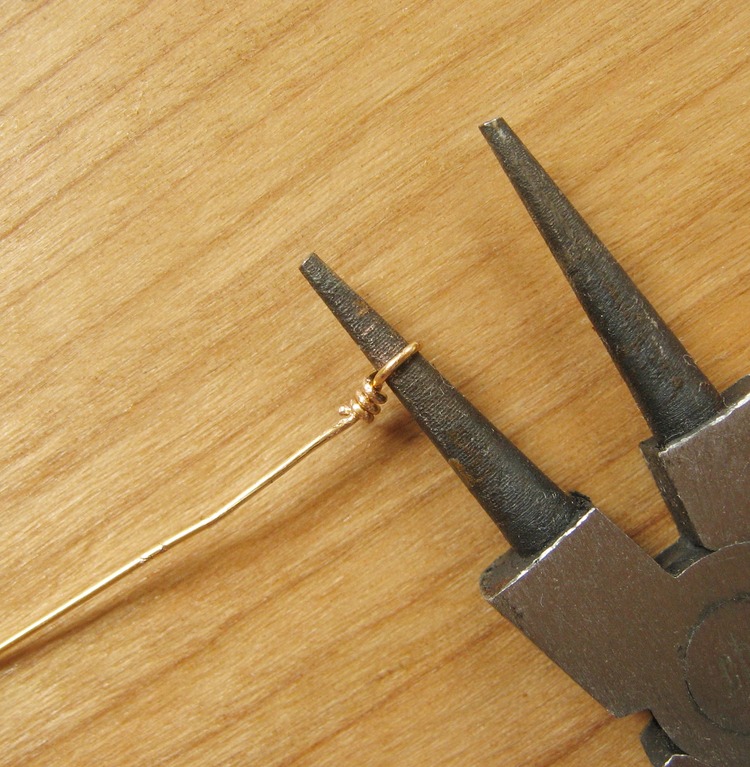 Use the needle nose pliers to wrap the tail of the wire around as shown. Either press the end of the wire into alignment or trim it – just be sure not to leave an end that will poke you when you’re wearing it!

It might take a few tries to work out how to wrap the wire. If you don’t like how it turned out just trim this end off and try again. 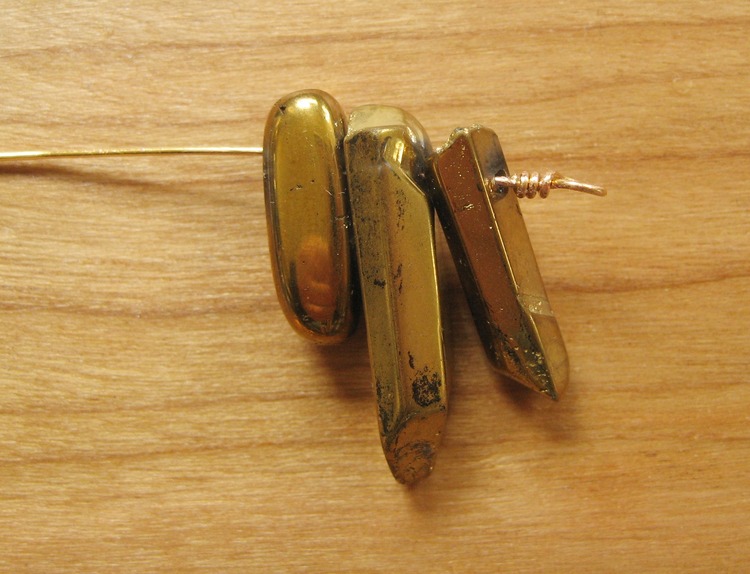 Slide the crystals up to the wrapped wire.

Bend the wire around at this end, leaving a small gap for wrapping on this side.

Trim the wire to about the same length as the first side. 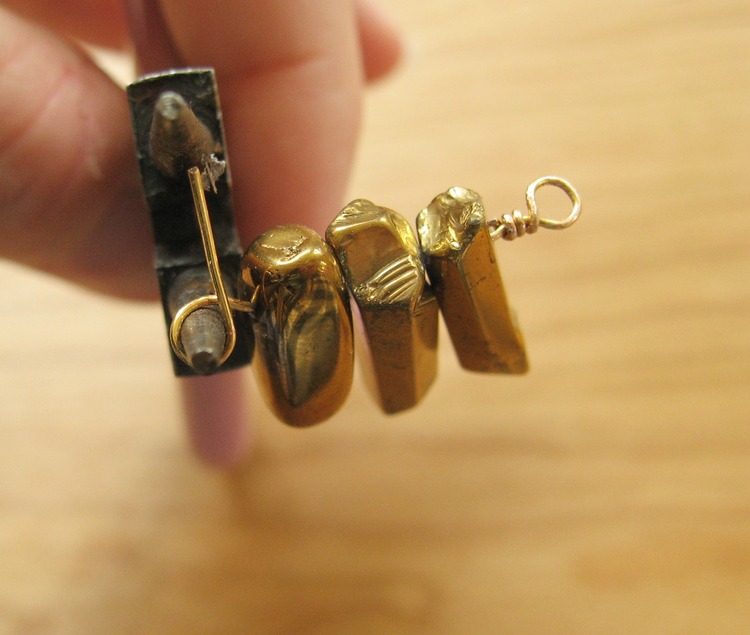 Wrap the wire around the plier and then around itself as before. 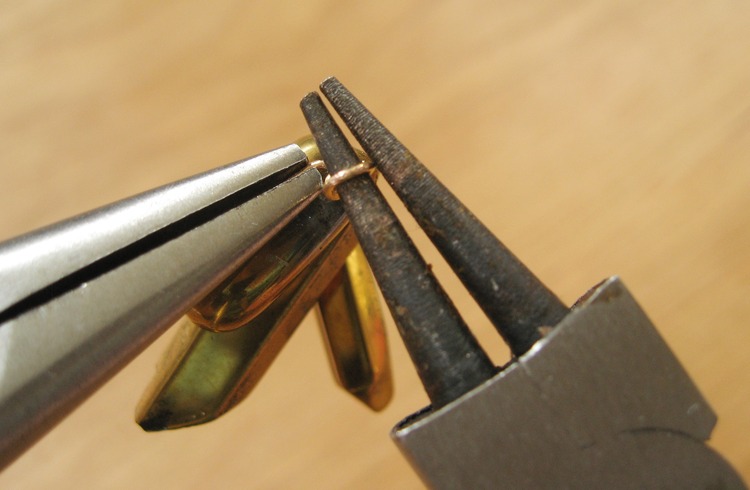 This picture shows the wire wrapped around the round nose plier, and being pulled into place with the needle nose plier. The picture is really here so that you know it’s an awkward thing to do that might take some practice to work out! 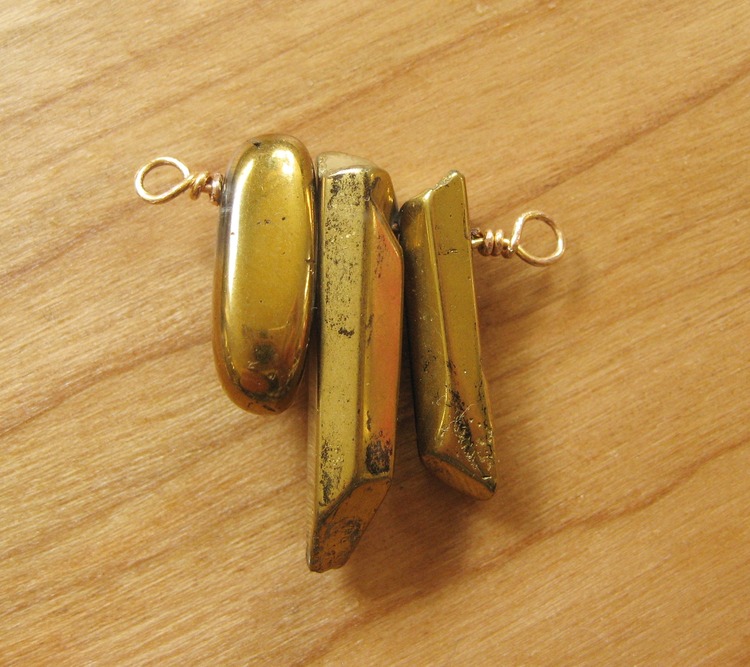 This is the pendant with both sides wrapped.

Measure yourself to decide on the length and cut two pieces of chain long enough to be doubled – I went with two pieces that were each 22 inches/56cm. Thread a piece of chain through one of the loops on the pendant. Make a loop with the wire around the round nose pliers as shown. String both ends of the chain onto the wire (try to make sure the chain is untwisted) and work them into the loop. 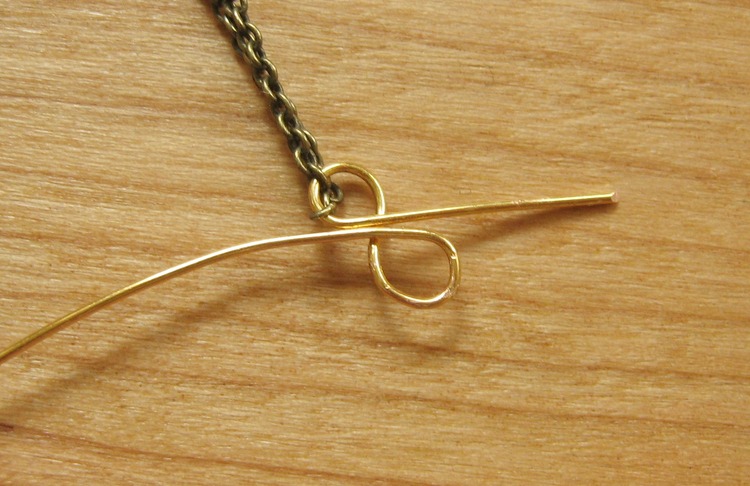 Bend the wire around into a figure-8 as shown. 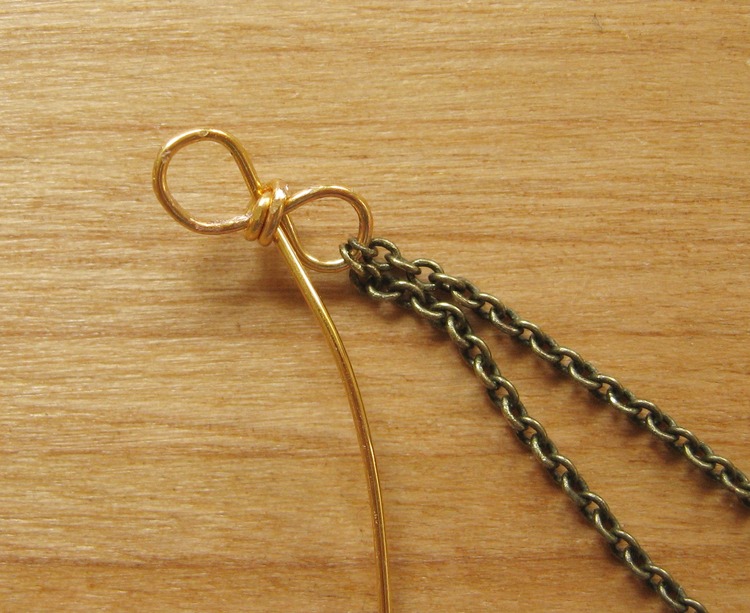 Wrap the tail around the center. 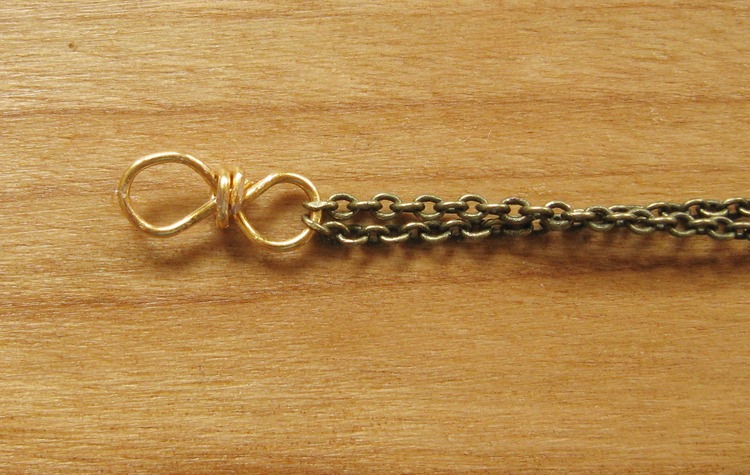 Trim it from the coil of wire and use the needle nose pliers and/or wire cutters to eliminate any pointy wire ends.

Do the same on the other side of the necklace. 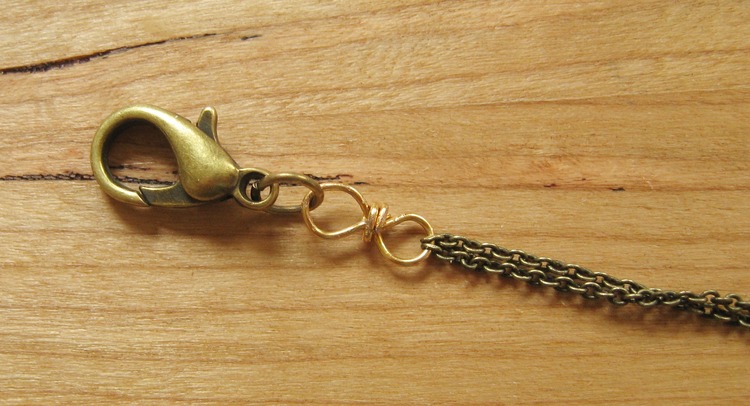