I’ve always found that the most difficult part of making a necklace with lots of strands is making sure the spacing between the strands looks right. I’ve tried a few different methods and the one I’m showing today is my favorite so far. This multi-strand necklace made from chain and beads is sparkly enough for any formal party, but asymmetrical so it looks effortless, too. 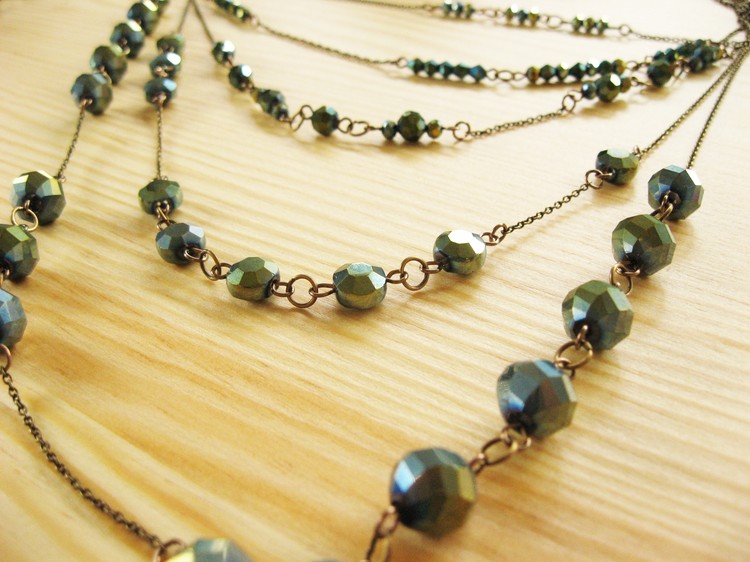 Use the flexible tape measure to measure your neck and decide how long you’d like the shortest strand to be. Look around your house (especially your kitchen) for a bowl or cylinder of some sort that’s about the same size as your shortest strand. I’m using an orange mixing bowl that I’ve overturned so that it’s easy to work with.

Turn a bunch of your beads into links. I did some singles like this, and some with a few beads strung together.

Make a bunch, you can always make more later.

I arranged mine into groups representing different strands. I still added a couple more as I was assembling my necklace.

Hook the beads for your shortest strand onto one of the chain. Wrap the chain around the bowl and cut it so that it’s the right length.

I wanted these centered, so I cut that piece of chain in half again and hooked it to the other end of the bead links.

I wanted to add another link further up the chain, so I set it at the end of the first group. Cut the chain just past all of the links that will be on this strand.

I cut the chain where I wanted the other link and jump ring-ed it into place. I didn’t cut this (or any other) chain at the back until I was finished with all of the strands.

Continue adding strands this way, wrapping each around the bowl so that you can judge how far apart they will be.

Not cutting the longer strands until now gave me the opportunity to nudge them around so that the necklace looked balanced. When you are sure where the center back of each strand should be cut them all.

Hook one end of each chain onto a jump ring. I added another jump ring so it would be easier to hook the clasp. Keep the strands untangled and do the same at the other end, adding the clasp as well. 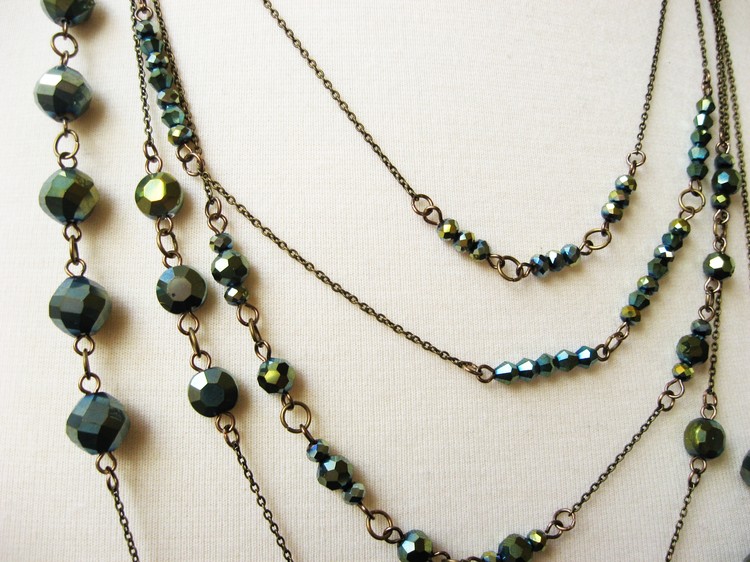 It’s a smart move to keep the necklace clasped when you’re not wearing it to reduce the chance of it becoming tangled.