The Welt Pocket is an increasingly popular pocket choice on apparel items.  The technique isn’t difficult and it is easily translated for use on bags as well.  This technique post shows you how to make a welt pocket with a decorative flap.  The following tutorial is the pocket for this coat. 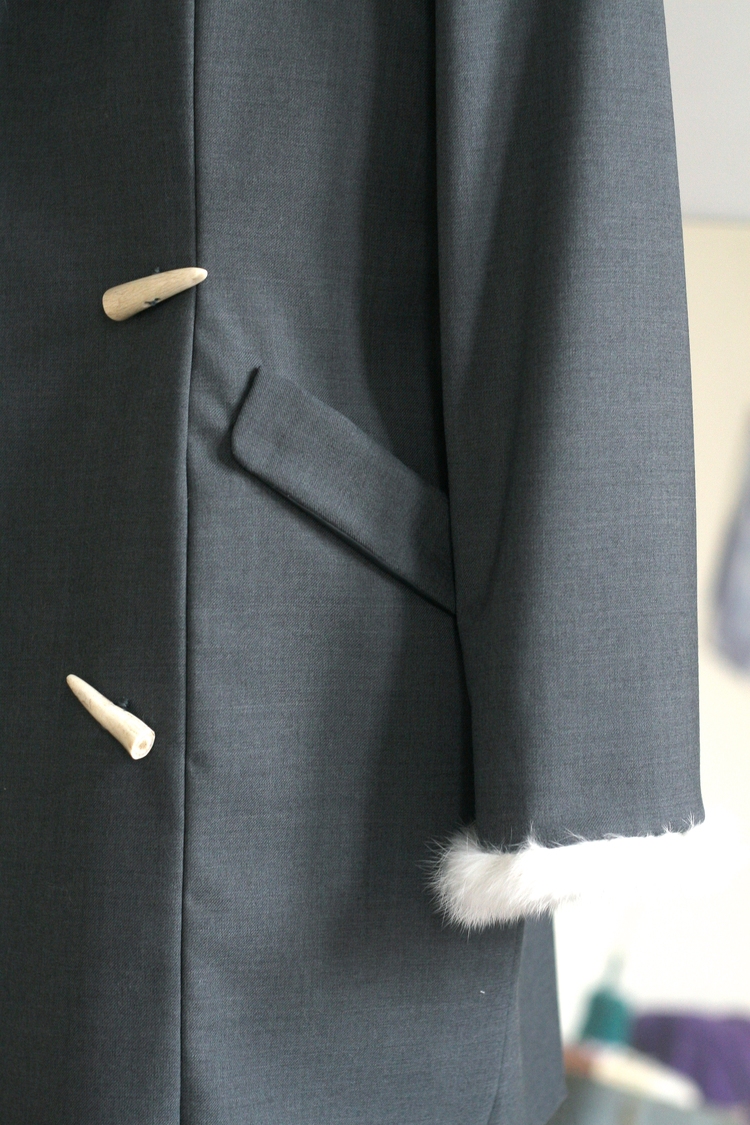 Pocket placement and size really depends on your hand size, body shape, and end use of the pocket.  The pocket opening should be at least as wide as your hand (plus some ease so it isn’t difficult to use the pocket and to not put extra stress on the fabric around the pocket).  A good way to determine pocket placement is to hold the fabric pieces up to your body and imagine using the pocket. 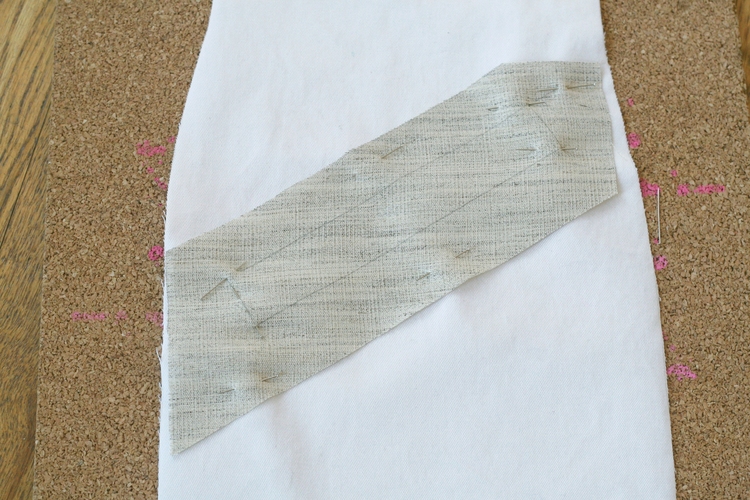 I used horsehair interfacing and applied it to the interlining with pad stitching.  For a garment without interlining, interfacing should be applied to the shell (outer-most) fabric. 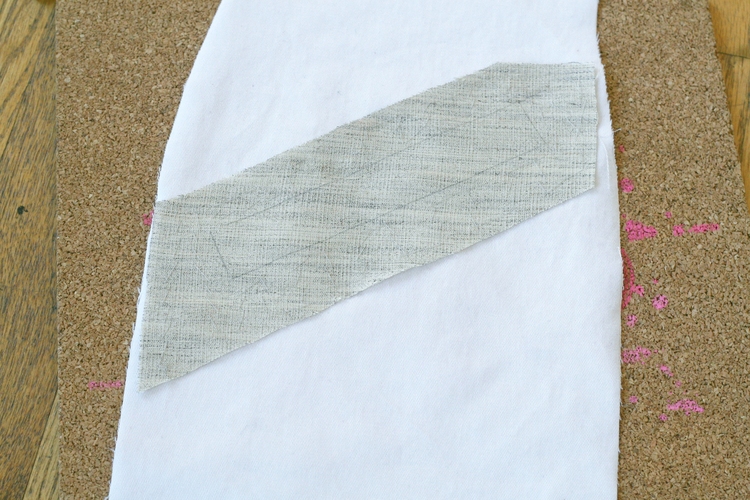 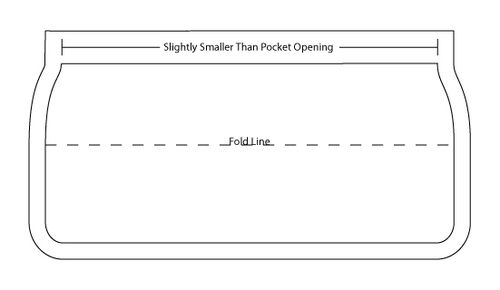 Interface the inside of your pocket flap.  If you are using iron-on interfacing, you only need to interface 1 layer of the pocket flap material.

I applied horsehair interfacing to my shell fabric.

Sew the pocket flap lining to the shell fabric – right sides together – along the 3 edges that will show on the outside of the garment.  Leave the edge that will sew into the pocket unsewn.

Trim the corners, turn right side out, press.

Preparing the Pocket:
The fabric the actual pocket should be comprised of a lighter weight fabric than the shell of the garment.  On this pocket, there is a chance of the pocket opening showing unintentionally.  To counter that, I applied a little patch of shell fabric at the top edge of my pocket.  I sewed the shell fabric on top of the lighter weight pocket fabric. 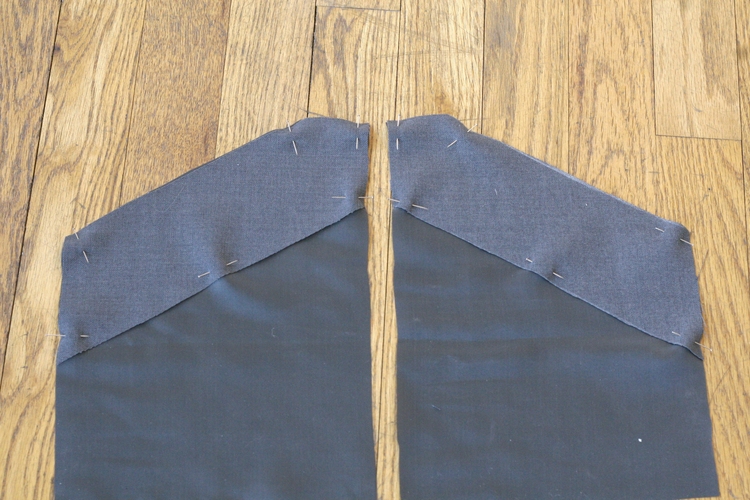 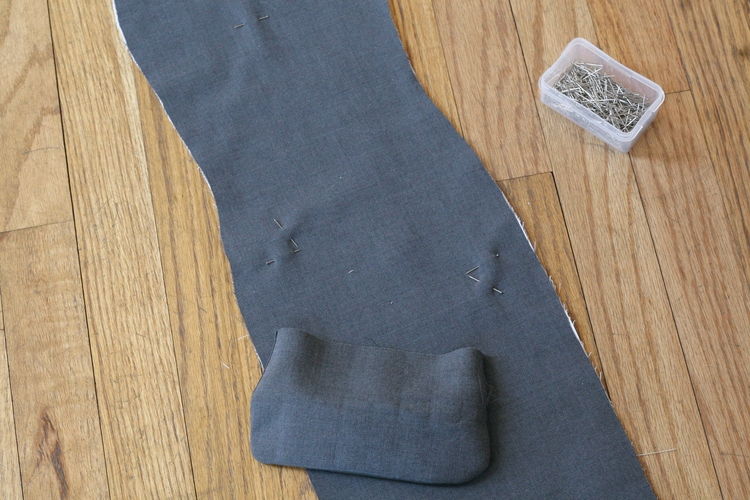 This step is crucial to having a great end result and should not be skipped. Hand baste the pocket flap in place! As you can see in the photo below, I drew chalk line on the pocket flap.  The line is the lower edge of the pocket opening.  I hand stitching a line of basting just inside this chalk line through all the layers to hold everything in place.  On welt pockets, hand basting is very important – pin basting won’t cut it!

Cut through all the layers of fabric.  Cut a line half way between the two long sides of the pocket opening, when you get close to the short ends, trim to -but not through- the corners of your pocket opening. 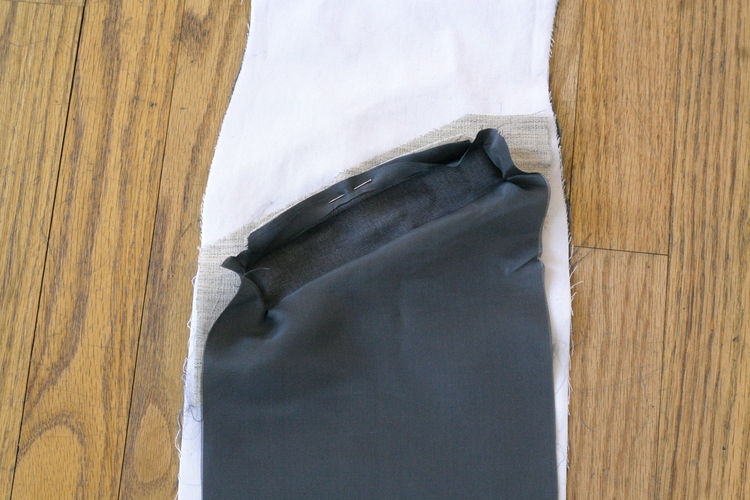 This is what the right side of the garment should look like at this point.

Some fabrics won’t be an issue like this.  If your pocket does have the same issue, tack the seam allowances in place with catch stitch.  I had an interlining to sew to, if you are working directly with your shell fabric, make sure you take tiny, tiny stitches through your main fabric so they don’t show on the front.

Now you have a functional welt pocket!