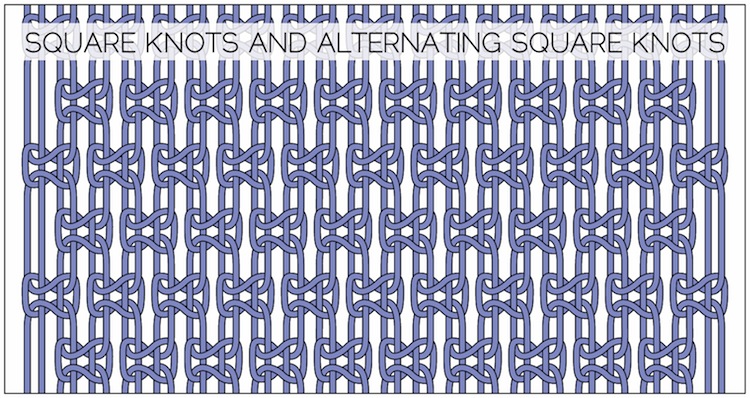 The square knot is a knot used in macramé and friendship bracelet applications. When used in an alternating pattern it’s a great textured filler.

If you complete a series of square knots in this way, they will twist. The knot shown in the first panel is repeated over and over until the desired length is reached.

If you create square knots in this way, they will lay flat. The first step in both twisted and flat is the same, but in the second part of this knot the strand that was in front of the core the first time is behind it the second time.

These knots are worked as the flat square knots above were. Starting with at least 8 strands, divide them into 4 strand groups and complete a flat square knot on each. Then the core strands become the working strands and vice versa, so a second knot can be formed centered between two knots above it.